I read 119 books in 2015, my lowest since 2010 and also the first time I've dropped below 150 (since 2010). The drop-off is largely attributed to time - simply not having enough to indulge in my favorite pastime and, wading through a higher than usual number of books that just didn't work for me.

On the plus side I read a bunch of very entertaining books by some new and familiar authors.

2015 also saw a change in my preferred reading medium with a pleasant return to physical books. In the past couple of years my reading has been a 50/50 split between physical and ebooks whereas this year around 80% of my reads were physical. There's just something about having a book in hand...

I also dabbled in audiobooks for the first time earlier this year but found they didn't really 'do it' for me.

Here are some of my top reads of 2015, as usual it's an eclectic mix (click on the link to read my review):

THE MALTESE FALCON by Dashiell Hammett

THE RING OF IKRIBU by David C. Smith (Red Sonja)

THE FAT MEXICAN by Alex Cane

ALL THE LITTLE PIECES by Jilliane Hoffman

BAT OUT OF HELL by Alan Gold 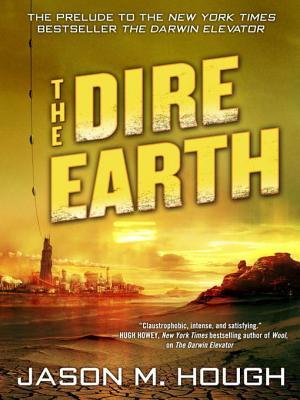 THE DIRE EARTH is a prequel to the Darwin series (of which I've not yet read) and tells the story of an outbreak across Earth that threatens to end mankind, turning all bar a special few (at this stage a mere handful) into zombie-like beings hellbent on killing the uninfected.

Darwin, Australia, is the only place of refuge by virtue of a mass alien space elevator which seems to generate an invisible barrier around the city sprawl keeping those within the vicinity safe from the mysterious disease corrupting mankind.

While the alien structure is mentioned, there's a whole lot of backstory missing as to how it got to Darwin and where the aliens are who brought it there. Also, there is little by way of rationale behind the structures ability to prevent the disease from entering Darwin. I presume these plot threads are addressed in the series proper (this novella was published in ZERO WORLD as a 'bonus' and appears after the Darwin books) but it would've benefited the novella to at least touch upon these aspects, if only in passing as part of the broader Darwin plot design.

As far as a prequel goes, THE DIRE EARTH is okay. It introduces (what I assume to be) key characters who play a part in the novels and gives them a real three dimensional feel; each feels unique and 'real' with their own motives, strengths, and sense of self.

I've added the Darwin books to my 'watch-list' and hope to check out the first installment soon-ish to see where this is all heading.
Posted by OzNoir at 13 December No comments: 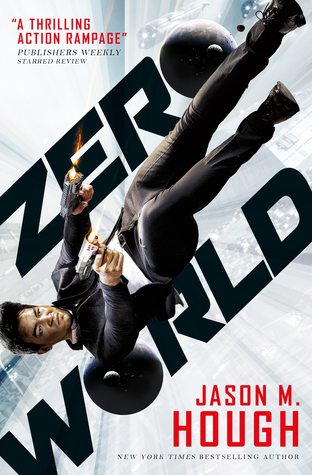 Think Bond mixed with sci-fi and action on steroids and you'll have a good idea what to expect in the pulse pounding outer space thriller by Jason M. Hough.

Caswell is an assassin for hire, one who has the luxury of not being haunted by his kills thanks to a unique ability that induces memory lapses directly after the completion of an assignment.

ZERO HOUR brings more complexity to the narrative than perhaps what was needed by virtue of an elaborate space build and multiple concepts of humanity and their various iterations of evolution. It's good stuff that does, however, detract from the assassin angle of which I found the most enjoyable aspect to the novel.

Caswell is a Bond-like character yet he's unique and almost robotic in the way he goes about his assignment. There's a distinct separation from personal interaction with others yet the introduction of one character in particular tests the self imposed boundary.

ZERO HOUR is a lot of fun to read and is clearly the first chapter in a series/trilogy planned in this setting. It builds a lot of the framework but doesn't provide enough closure at the end of the book to satisfy this reader. That said, I will definitely check out the next book as I need to know what happens with the threads that were left dangling at the end of ZERO HOUR.
Posted by OzNoir at 12 December No comments:

Title says it all. Here are some of the books I've been thinking about delving back into. As usual, my eclectic taste in fiction is key to the selections. 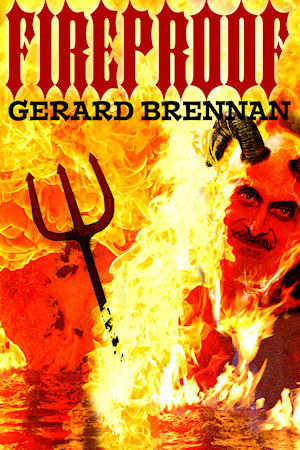 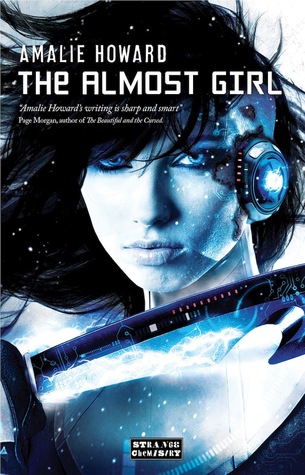 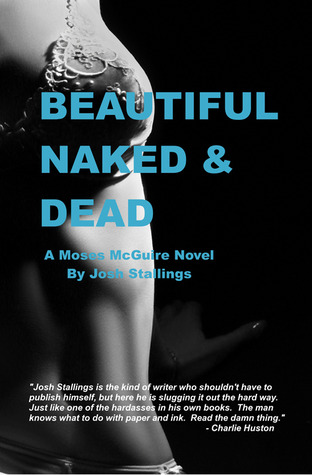 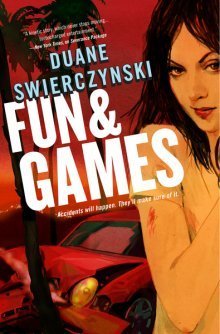 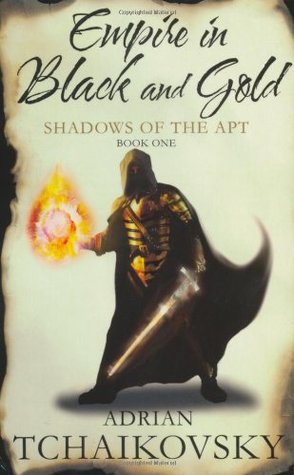 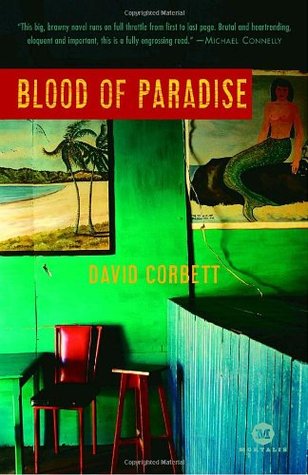 Posted by OzNoir at 02 December No comments:

The Book That Doesn't Reach Expectations 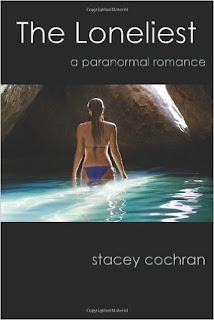 Sometimes the premise is better than the execution. Whilst the plot may be entertaining, there is a little something left to be desired, something that is just a little off the mark of pushing a book from simply readable and good to greatness; of being one of those rare five star reads that warrant re-reads.

I've read a few of these kinds of books but the most recent, THE LONELIEST by Stacey Cochran holds true to the above, perhaps more so than others - irrespective of this being the most recent read to fall into the grey category.

THE LONELIEST is a-grade horror encapsulating all the elements expected from the genre yet falls short by way of some amateurish-like writing (easy for someone who can't write a novel to say I know) in the early stages only for the writing to improve and the characters personalities to shine through, however, this being too late in the piece to redeem some questionable dialogue turn of phrase.

THE LONELIEST is a blend of Stephen King and Scott Nicholson, which, conceptually plays out perfectly - the writing style, particularly early on is what stops this book from progressing further from an average read.

The complexity inbuilt into the story is highly enjoyable and maintains a question mark over the central characters state of mind whilst inducing bone chilling moments of unadulterated horror which really could've taken this novel places.

Almost there - but it just missed the mark for me unfortunately. Equal parts praise and castigation.
Posted by OzNoir at 01 December No comments:

Review: BAT OUT OF HELL by Alan Gold 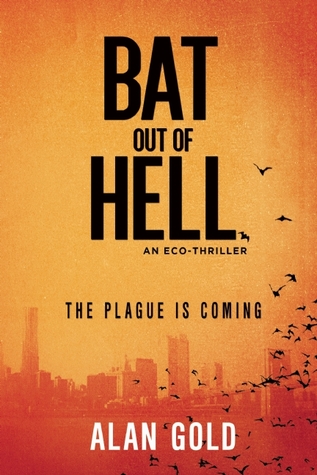 Wow - simply wow. I loved this book. When I read the blurb of BAT OUT OF HELL being an Eco-Thriller, I wasn't sure what I was going to get - something that would lead to an extension level event, something that would morph into a walking-dead like survival horror? BAT OUT OF HELL could've turned into anything and I'm sure, author Alan Gold would've done a great job irrespective f the plot direction.

From the blistering opening stanza of death, decay and mystery I was hooked. And then the tact turn different - the narrative pulled and pushed into new directions that weren't at all what I had expected - in a good way.

BAT OUT OF HELL follows the unconventional path of politics, human activists, Hollywood, and vigilantes to drive a plot centered around a colony of bats responsible for spreading a seemingly incurable disease across the world (in this instance, the spread is more isolated to contained pockets rather than all out black death).  Sounds a little too real doesn't it? Which is what makes this book so plausible and more menacing.

The writing is crisp and the dialogue captures the uniqueness of each character - be it the President of the United States in Nat Thomas or scientist Debra Hart (the two lead characters). Not to mention, that ending - one of the best I've had the pleasure of reading.
Posted by OzNoir at 01 December No comments:

Review: THE AMERICAN by Nadia Dalbuono 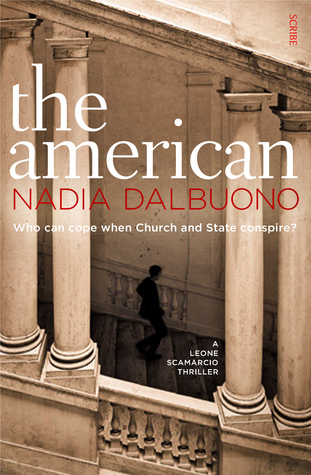 From the back of the book
Detective Leone Scamarcio is called to an apparent suicide on the Ponte Sant Angelo, a stone’s throw from Vatican City. A man is hanging from the bridge, his expensive suit suggesting yet another businessman fallen on hard times. But Scamarcio is immediately troubled by similarities with the 1982 murder of Roberto Calvi, dubbed ‘God’s Banker’ because of his work for the Vatican Bank.

My review
The second book to feature the Italian detective Scamarcio builds upon the dark nature of the character touched upon in THE FEW; the clean cop who wants justice, yet one who is willing to venture into the badlands of the other side of the law to get it. His close association with a prominent underworld figure is key as Scamarcio fights politics, corruption, and religion to solve two murders.

THE AMERICAN is a crime mystery swathed in unpredictability. Author Nadia Dalbuono never lets the reader get too comfortable as motives, corruption, and lies move like the undercurrents of a murky river camouflaging the truth.

I love reading international crime fiction and THE AMERICAN provides a nice avenue for adventure into other parts of the world; a mechanism to explore, if only from a birds eye view the procedural aspects which intertwine fact with fiction to formulate a complex narrative that is as readable as it is believable across different continents.

THE AMERICAN is a well paced book that outshines its predecessor, THE FEW, and has an explosive ending that is sure to send ripples throughout the later books in the series. I really liked this one.
Posted by OzNoir at 01 December No comments: