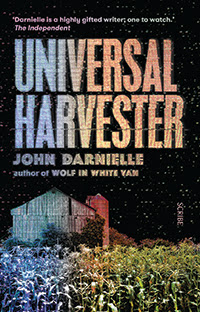 I went into this book thinking it was a creepy horror story which was to evoke feelings of nostalgia for the 90's video store, hiring movie after movie on vhs, watching through a semi fuzzed picture on a not flat tv screen, the story interrupted with ghoulish frames of the macabre as the lead character discover a ghastly crime or supernatural element, thrusting them into an interesting and dangerous story. I sort of got that for the first third, if not a little more, of the book before things changed.

Universal Harvester is well written but I think it lacks a clear description, the cover synopsis and advance reader material is misleading. While the above mentioned horror and love for the days of vhs is there initially, the book evolves through different characters and time hops many years back and forth almost making the plotting feel a little disjointed - this is in large part as the reader doesn't quite know why the book takes the direction it takes - it makes sense at the end but is a deterrent to continue reading whilst it happens.

I couldn't read the first third of this book quick enough; it was creepy, dark, and Jeremy, the video store clerk, was interesting with a back-story full of tragedy and a story-line that seemed to be going places. Then the script flipped and the book took a strange turn and the initial enjoyment of the first portion of the book died out. 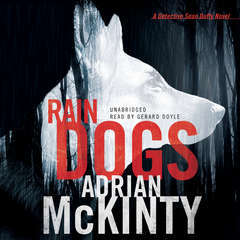 Gun Street Girl was my favorite Sean Duffy book (#4 in the series) so naturally I was interested to see how the next installment held up, and, true to form, Rain Dogs is a great follow-up (or listen, thanks to Gerard Doyle).

Rain Dogs is the perfect, though more complex take on the popular locked-room mystery sub crime genre. A female reporter is found dead of a supposed suicide in the courtyard of Carrickfergus Castle, having jumped from atop the castle. However, once Duffy, Lawson, and Crabby investigate, suspicion soon turns to the more sinister theory; murder. Her shoes are on the wrong foot, she has a well known fear of heights, and she had head injury not sustained from the fall. As with many of the cases Duffy investigates, leads take him abroad and have his theories tested rightly and wrongly. Crossing international borders adds a political element that give the case a deeper and more complex feel as Duff and co wade their way through bureaucracy hurdles and withheld evidence.

One of the staples of the Sean Duffy series is the broader side of the key characters away from the core plot. Rain Dogs, whilst centered around the death of a young female reporter is just as much about Duff himself; his latest failed relationship, his encounter with Muhammad Ali in the early pages of the book, and his ever growing bond with his fellow police. Lawson's, the 'up and comer' added page time is a bonus, with his general naivety and police smarts on display.

I really enjoyed Rain Dogs, this series feels like it's going from strength to strength. The latest book, Police at the Station and They Don't Look Friendly has recently been made available on Audible and I'm looking forward to finding out what author Adrian McKinity has to throw at Duffy in the latest go-round.

Review: SOMETHING FOR NOTHING by Andy Muir 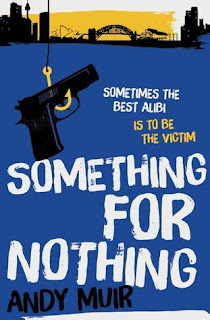 Set in the beach-side town of Newcastle, Something for Nothing is a colorful and darkly humorous crime tale about an unassuming criminal, Lachie Munro who seems to be a beacon for trouble. He poaches abalone when he's not painting houses or throwing back a couple of beers with his mate, and co-poacher, Dave to earn a living. However, a chance encounter with a torso and a wad of heroin brings with it danger and the potential for a payoff too big to ignore.

Loaded with Australian colloquialisms and encompassing a true Aussie feel, Something for Nothing is a must read for readers of Australian crime fiction. Offering a lighter side to the dark drug trade, author Andy Muir infuses some naivety and nice-guy characteristics into his protagonist making the whole turn of events become plausibly accidental and without menace.

This is the first book to feature painter turned amateur drug dealer Lachie Munro with the author alluding to a return. I'm not sure what is in store for Lachie next but if it's half as fun as Something for Nothing I'll be sure to jump straight on it. 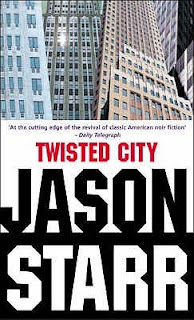 Jason Starr is perhaps the best writer of modern white collar noir I've come across. His stories are laced with an undercurrent of vehemence that steams from normalcy ever so delicately nurtured to noir. TWISTED CITY (published 2004) is everything I'd come to expect from a Jason Starr and then some. Early on Starr plants the seeds that something is a little off about the character lead in David Miller, a journalist for a financial magazine who is still mourning the death of his sister some time ago.

This dark and almost obsessive compulsion to seek his sister in the eyes of his prospective partners or casual hook-ups is creepy and, well, twisted (hence the title) yet the reader can go along with it - clearly Miller is a victim of long lasting grief bordering depression. Scratch the surface and it goes much deeper.

As with any good book, there are multiple plot threads interlocked with one another that drives the narrative. In TWISTED CITY David Miller is the center of a murder investigation, and victim of blackmail while being stuck in a seemingly abusive relationship with a highly unstable young woman - naturally things don't end all that well for David.

I first read this book in 2014 and loved rereading it; the characters still read fresh and the accidental murders still have the same impact as the first time around. 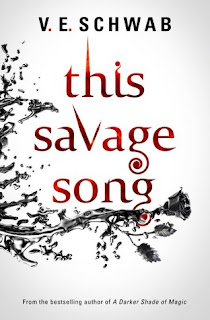 The first book in the Monsters of Verity series sets the scene for a dark and blood thirsty horror-fantasy tale that is sure to capture readers of Jonathan Maberry to Charlaine Harris. Despite opening with a distinct young adult feel, This Savage Song quickly develops into something more dark and dangerous. Sure the protagonists are high school age and a fair amount of the book is set in their high school but it’s what happens when the bell rings that brings the horrors.

The monsters of Verity are literally monsters; a twist on the vampiric, zombie, and demonic with a twist of avenging angel. It’s an interesting mix that forms an equally interesting dynamic. With a city divided in two, a civil war simmering beneath a facade of peace, the monsters lurk in wait. Harker and Flynn – leaders of the respective sides of the city have their own means for taming / eradicating the monsters but their ultimate goals come under fire when their respective sides heir-apparents unite for survival.

I honestly didn’t know what to expect from This Savage Song and was glad a dipped my toes in before falling head first into a completely immersing tale. 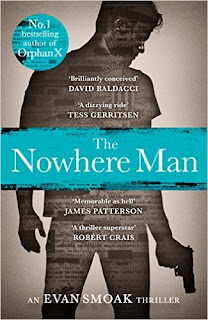 I read 12 books in February to continue my great start to 2017, having read a whopping 17 in January. Sounds like a lot of time between the pages but the numbers are padded somewhat by audiobooks. This is the first year I've really got stuck into them and I am loving it. I've listened to 9 so far and can only see than number rising.

February was a bit of a mixed bag, I read crime, sci-fi, horror, and thrillers - an eclectic mix, which is good, however not all of the books hit the spot. I also had my first reread of 2017 with the Hard Case Crime pulp, Top of the Heap by A.A. Fair. I like rereading and will make more of an effort in the coming months. As for Top of the Heap, I rated it 2 stars, which is exactly the same rating I gave it a number of years ago. A reread of a favorite will be next.

Despite not being as strong a month as January in terms of 5 star reads, I still read some very enjoyable books; Savage Lane by Jason Starr, The Fall of the Governor Pt.1 by Robert Kirkman, and Death's End by Cixin Liu all get honorable mentions. But the pick of the month was the excellent follow-up to Gregg Hurwitz's Orphan X, The Nowhere Man. This book blew me away.

Read the review of The Nowhere Man by Gregg Hurwitz here.
Posted by OzNoir at 02 March No comments:

Email ThisBlogThis!Share to TwitterShare to FacebookShare to Pinterest
Labels: bookish thoughts, Pick of the Month 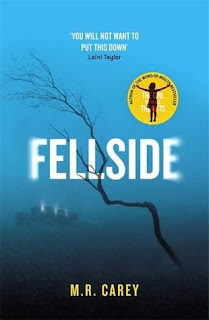 Fellside is a women's prison, it's also the place Jess, a drug addict convicted of murdering a young boy in a fire which she allegedly set in a drug addled haze, has been sent to serve her life sentence. It's here in the dark depths of Fellside that Jess will find answers to questions she didn't release she'd even asked herself. What if the little boy who died in the fire wasn't the same one she'd formed a bond with in-between fixes but someone else all together? What if Alex, if it had been him, had been dead already before the fire started? Could she still be a murderer? And what about John, her boyfriend and co-addict, what part, if any did he play in the fire?

Jess doesn't question the sentence handed down to her, so wrapped up in remorse she's willing to take the whole book if it's thrown at her. Upon entering Fellside she's all but resigned to a life behind bars until the day she dies. Going on a hunger strikes speeds the process, bringing her to the edge before the ghost of Alex haunts her. Giving her meaning, a mission of sorts; to find the truth to what happened that fateful night.

Prison life is loaded with hardships, an omnipresent sense of impending danger, and violence at every turn. Author M.R. Carey does a great job at weaving prison life and all it's dangerous trappings into this cleverly written horror story. The inmates and prison staff give the book an added layer of depth, with side plots just as entertaining as Jess's story; Grace, Delvin, Sally and co all bring something different to the table, providing a sense of realism to the supernatural tone of the book.

I really enjoyed Fellside and can see me going back for a re-read at some stage. 5/5 stars.
Posted by OzNoir at 01 March