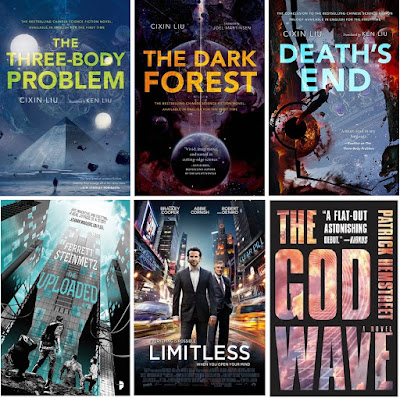 Black Mirror is an anthology TV series which explores the use of technology in a generally futuristic society albeit one not far removed from the modern world we live in.

The concepts are plentiful and thought-provoking and, mostly entertaining if not a little creepy. 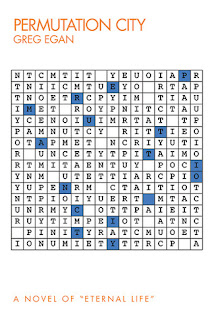 Like any TV series that takes my liking, I tend to scour the internet looking for books related to the subject matter. Here are some of my recommendations for readers who are looking for Black Mirror-esque reads:

A life in Permutation City is unlike any life to which you’re accustomed. You have Eternal Life, the power to live forever. Immortality is a real thing, just not the thing you’d expect.
Life is just electronic code. You have been digitized, scanned, and downloaded into a virtual reality program. A Copy of a Copy. For Paul Durham, he keeps making Copies of himself, but the issue is that his Copies keep changing their minds and shutting themselves down.

Just as his life is fading into mediocrity, Eddie Spinola discovers such a pill: MDT-48, Viagra for the brain.
The God Wave by Patrick Hemstreet
For decades, scientists have speculated about the untapped potential of the human brain. Now, neuroscientist Chuck Brenton has made an astonishing breakthrough. He has discovered the key—the crucial combination of practice and conditioning—to access the incredible power dormant in ninety percent of our brains. Applying his methods to test subjects, he has stimulated abilities that elevate brain function to seemingly “godlike” levels.
Remembrance of the Earth's Path Trilogy by Liu Cixin

Liu impressively succeeds in integrating complex topics—such as the field of frontier science, which attempts to define the limits of science’s ability to know nature—without slowing down the action or sacrificing characterization. His smooth handling of the disparate plot elements cleverly sets up the second volume of the trilogy." —Publishers Weekly

The Uploaded by Ferrett Steinmetz

In the near future, the elderly have moved online and now live within the computer network. But that doesn’t stop them interfering in the lives of the living, whose sole real purpose now is to maintain the vast servers which support digital Heaven. For one orphan that just isn't enough – he wants more for himself and his sister than a life slaving away for the dead. It turns out that he's not the only one who wants to reset the world..
Posted by OzNoir at 17 April